Here in Laguna Beach we are well known for our stunning coastline and warm weather, but there are so many hidden gems to explore on and off the beach.

Some of the best ways to explore Laguna Beach aren't necessarily top of mind for most travelers, so we have highlighted 6 fun, and completely unique, experiences that you must take advantage of in 2018.

THE SPORT THAT WAS BORN IN LAGUNA BEACH

Every August, a worldwide sports competition descends on the shores of Laguna Beach. THE VIC skimboarding world championships take place in the location the sport all began, Laguna Beach. In the 1920s, lifeguards used thin planks of wood to ride unsurfable shore break between towers. By the 1970s, it had become a worldwide competitive sport. Today it is still the largest skimboarding contest in the world.

A FARM AT THE BEACH?

Norman St. Clair was an English architect who lived in Los Angeles. He also painted watercolors and came to Laguna Beach around 1903 and a few times thereafter. However, he never lived here. The connection to San Francisco is that he exhibited watercolors of Laguna Beach in San Francisco. Edgar Payne was joined by several other artists-among them William Wendt, Anna Hills, Frank Cuprien, Benjamin Brown, Franz Bischoff, Mabel Alvarez-in opening an art gallery in the one-room pavilion on the grounds of the Laguna Beach Hotel. The exhibition, which opened on July 27, 1918, was seen by more than 2000 visitors, and the following month, the artists formed the Laguna Beach Art Association, which would serve the community and operate the gallery for the next decade. In 1929, the association opened their permanent gallery on Cliff Drive. The association continued to function until 1972, when it officially became a museum, the Laguna Beach Museum of Art. Over the next several decades and through years of change, today's LAGUNA ART MUSEUM owes its heritage to those early artists and their vision for a community dedicated to the arts.

The FETE DE LA MUSIQUE is a musical festival held all over France as a celebration of the summer solstice, and has been occurring for nearly 40 years. Each June, Laguna Beach and one of its three sister cities, Menton, France, takes part in this music celebration. The streets come alive with live music and performances and is not to be missed!

Not once, but twice a year, thousands of gray whales migrate past our shores treating us to magnificent glimpses as they surface. In the winter months they are on their southern migration to Baja Mexico to birth their calves. In March and April, they begin their northern migration alongside their calves. If you get lucky, you may catch the Humpbacks migrating at the same time.

It's not a new occurrence to have Hollywood stars gracing the stage at the LAGUNA PLAYHOUSE. Back in 1965, Harrison Ford got his start by performing in ‘John Brown's Body.' Other notable stars have since graced the stage from Bette Davis to Val Kilmer. And, starting February 21, 2018, you won't want to miss Golden Globe winner and Academy Award Nominee Melanie Griffith star as Mrs. Robinson in 'The Graduate.' 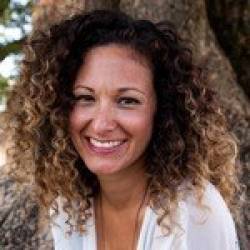