Have you spotted them, the wave hunters of Laguna Beach?

They stand on the shore in packs, leaning their tanned frames against the shovel-shaped spears they call skimboards. Like any distinct tribe, their culture is a unique combination of influences. It has its own language, symbols, and codes.

Each time a thick blue wave comes rolling toward the sand, one of these skimmers steps forward, claiming the right to hunt it. He hurls his board and it glides across a thin layer of water, aimed at the surging body of the wave. The skimmer sprints beside it and just as the wave seems ready to crash, he goes airborne, leaps onto the board and rides its momentum straight up the wave’s peak. On shore, the fellow skimmers slap their boards in encouragement, making loud, thudding beats.

This is the ritual of Laguna Beach’s skimboarders. You will see them at Aliso Beach Park, the south side of CRESCENT BAY, and even MAIN BEACH. Wherever waves break on shore, you’ll see them waiting, kicking sand on their boards either from nervous habit or for some hidden reason unknown to outsiders. You will hear them drum their exultation as a fellow rider rockets across a crashing wave.

The best of the tribe are able to smash the wave’s lip, carve a swath of water right out of its face, and slide back toward the others without so much as a single wet hair. Not all are so lucky though. The neophytes—called “groms”—might get swallowed by the wave, knocked backward by its force, or slapped to the ground as it crashes.

These men and women, girls and boys make up one of Laguna Beach’s most distinct and fascinating cultures and they count this city as the cradle of their civilization.

There is no debating that skimboarding started in Laguna Beach. In the 1920s it was the way for lifeguards to travel down the beach from one tower to the next and to ride “shore break” that couldn’t be surfed. It was a niche sport, with a few dedicated practitioners. When the surf-explosion hit in the 60s, skimboarding enjoyed its own new influx of energy. The top turn carvers becoming popular in surfing soon found their way into the repertoire of Laguna’s best skimmers—who had staked VICTORIA BEACH as their home break.

In the 70s, with competitive surfing coming on strong, a new school of skimboarders made names for themselves. Two of these mavericks, Tex Haines and Peter Prietto, launched a company in 1976 named for their favorite break. In the decades since, VICTORIA SKIMBOARDS, has become synonymous with skimboarding.

When Sports Illustrated showed Laguna Beach lifeguard Tom Trager going airborne at ALISO BEACH PARK on their cover, skimboarding got another big boost (even though SI listed what Trager was doing as “surfing” in the caption). Haines and Prietto began organizing contests and the sport continued to grow its public image.

After surviving a downturn in the 80s, the sport seems to have figured out the recipe for sustained growth: camps and entry-level boards for beginners, magazines for fans, and contests for the pros. The UST (United Skim Tour) brings the biggest names in the sport together for competitions around the world. Presently, the top three riders on the leaderboard all hail from Laguna Beach. The biggest event of the season is “THE VIC”—held at Aliso Beach Park every August.

It would be hard to argue that a city has ever been so closely associated with a sport, or a sport so deeply tied to its city. In short: Laguna Beach IS skimboarding. It’s part of our history and one of our most recognizable pastimes.

The next time you visit Victoria Beach or Thalia Street Beach, look for them and watch close. Their sport may remind you of surfing, but look closer and you’ll find something wholly unique. Surfers chase waves, skimmers hunt them. They wait on shore, watching the ocean with quick, clever eyes. Then, when a wave stacks up and begins to crash, they explode into a blur of motion.

Watch close, you’ll be glad you did. 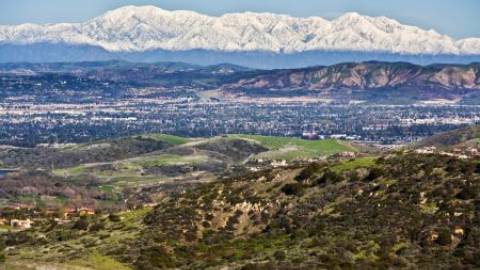 A LARGE PART OF Laguna Beach’s unique charm can be explained with a few minutes spent on Google maps. READ MORE 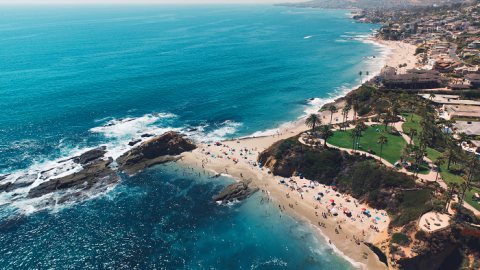 From the laidback atmosphere, to the town’s dedication to environmental sustainability, to genuine support and pride in the local community, Laguna Beach is the quintessential town that embodies Southern California... READ MORE 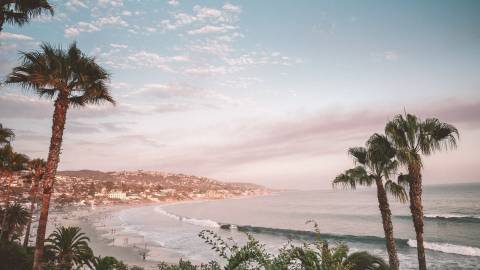 A Travel Writer’s Perspective on His Hometown

I consider Laguna Beach home. I can’t remember how many times I skipped school to go boogie boarding (and later surfing). READ MORE 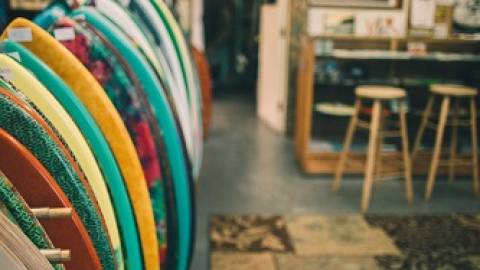 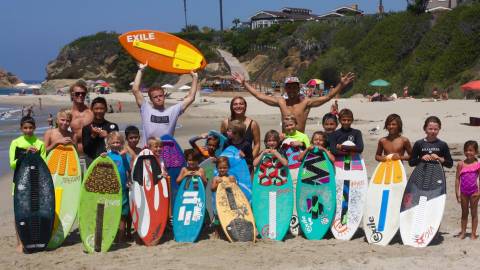 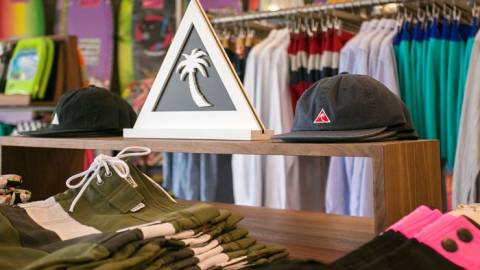 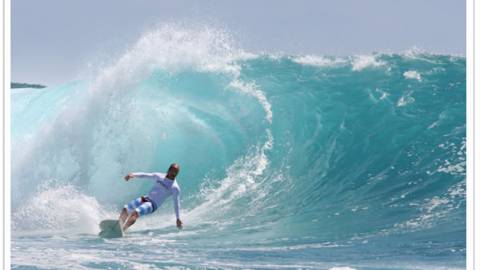