An outdoor amphitheater, professional orchestra, intricate sets, sophisticated lighting, and hundreds of dedicated volunteers have won recognition for the Pageant of the Masters as the best presentation of its kind.

What is the Pageant of The Masters?

Celebrating their 86th anniversary, Pageant of the Masters is arguably one of the most unique productions in the entire world. This 90-minute performance brings famous works of art to life on the stage. Taking place at the Festival of Arts grounds in Laguna Beach, audiences are amazed by tableaux vivants ("living pictures"), incredibly faithful re-creations of classical and contemporary works of art, with real people posing to look exactly like their counterparts in the original pieces.

In the early years of the 20th century, a new generation of impressionists and plein air painters set up their easels outdoors and reveled in the natural beauty to be found as far as the eye could see. The 2021 show, MADE IN AMERICA, will feature artists, revolutionaries, innovators, and dreamers who not only made this country home, but let their creativity be inspired by the freedoms upon which our nation was founded.

A Pageant ticket entitles one to free, unlimited admission to the Festival of Arts grounds all summer long. The Festival of Arts is the longest-running outdoor fine art exhibition in California, which features artwork from 140 award-winning artists from Orange County. Live concerts, dessert pairings and tours are also part of the festival that runs from July 5 - September 3, 2021.

In addition, you may also gain free admission to Laguna Art-A-Fair on the day that your Pageant ticket is valid. The Laguna Art-A-Fair is a fine art festival that includes over a hundred local and national artists, fine cuisine and workshops. The festival is open daily from June 25 - September 3, 2021.

A behind the scenes look

Pageant of the Masters 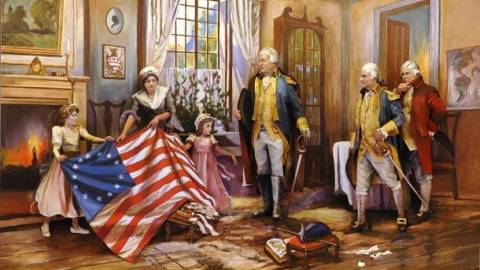 Pageant of the Masters®