The 2020 Laguna Beach Music Festival kicks off with the Festival Prelude, an intimate preview of the 2020 Festival as Festival Director Ray Chen and friends give a special performance and Chen shares his vision in creating the Festival program. This is a reception & performance. Capacity is limited.

The 2020 Laguna Beach Music Festival kicks off with Festival Artistic Director and internationally acclaimed violinist Ray Chen in solo and collaborative performances. With a media presence that enhances and inspires the classical audience, reaching out to millions through his unprecedented online following, Ray Chen is redefining what it means to be a classical musician in the 21st century. Chen’s remarkable musicianship transmits to a global audience that is reflected in his engagements with the foremost orchestras and concert halls around the world including Carnegie Hall and the Hollywood Bowl.

As always, the Festival features emerging artists on the cusp of greatness. This year, special guests join Festival Artistic Director Ray Chen for a program of Bach's expressive Double Violin Concerto and Ástor Piazzolla's The Four Seasons of Buenos Aires, a tango take on the Vivaldi favorite.

Signed in 2017 to Decca Classics, Ray Chen recorded an album with the London Philharmonic as a succession to his previous three critically acclaimed albums, the first of which (Virtuoso) received an ECHO Klassik Award. Profiled as "one to watch" by The Strad and Gramophone magazines, Chen has been featured in the Forbes list of 30 most influential Asians under 30, appeared in the major online TV series "Mozart in the Jungle," solidified a multi-year partnership with Giorgio Armani (who designed the cover of his Mozart album with Christoph Eschenbach), and performed at major media events such as France’s Bastille Day, the Nobel Prize Concert in Stockholm, and the BBC Proms.

The phenomenal Dover Quartet catapulted to international stardom following a stunning sweep of the 2013 Banff Competition. Recently named the Cleveland Quartet Award winner, and awarded the coveted Avery Fisher Career Grant, the Dover has become one of the most in-demand ensembles in the world. The Quartet’s rise from up-and-coming young ensemble to occupying a spot at the top of their field has been “practically meteoric” (Strings). With its burnished warmth, incisive rhythms, and natural phrasing, the Quartet’s distinctive sound has helped confirm its status as “the young American string quartet of the moment” (New Yorker). The Quartet serves as the quartet-in-residence for the Bienen School of Music at Northwestern University. 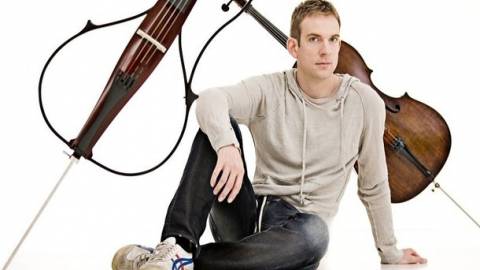