100% interactive, this streamed show is filled with incredible magic, mentalism, mind reading and lots of laughter, and is designed to bring families and friends together for a fun and amazing one-of-a- kind experience!  “We are such fans of the art of magic and could not be more excited to bring the extraordinary talents of Michael Gutenplan to our audiences,” comments Laguna Playhouse Artistic Director Ann E. Wareham and Executive Director Ellen Richard.  “It does not take a mind-reader to know that this is going to be a wonderful evening that the whole family can enjoy together!”

Michael’s award-winning magic and mentalism will energize, enthrall, and entertain you. With over 20 years of professional experience, Michael knows how to engage and entertain the most sophisticated and skeptical audiences. He has performed at the world-famous Magic Castle in Hollywood, Off-Broadway in his critically-acclaimed one-man show “Extraordinary Deceptions,” in “The Spy Magic Show” in Washington, DC., and at clubs and events across the nation with “The Members Only Show.”

The Los Angeles Times raves: “Gutenplan’s expertise with cards is evident. However, most impressive are his mind reading abilities.” “Captivating… Michael is a youthful, old-fashioned magician, working with cards, money and minds (he reads them). He also requests a helper for almost every trick, a practice that delights most magic fans under 18, if not their more-shy elders,” raves The New York Times.

Michael Gutenplan is an award-winning magician, mentalist, and third generation psychic who specializes in creating unforgettable experiences using a mixture of psychic entertainment, magic, and comedy.

Known as the go-to magician and mentalist for the who’s who of Hollywood, members of private clubs, and the nation’s top CEOs’, he’s performed in 24 countries and 49 states. He has been featured on dozens of TV programs and reviewed by countless newspapers including The New York Times, Variety, and the L.A. Times. He was awarded the 2019 & 2020 ‘Los Angeles Award’ for Best Psychic Entertainer and has been named Best Corporate Entertainer in the ‘Corgentum Survey’ for 2017 – 2020. He has been the magic and psychic advisor to various TV, theme park, and theatrical productions. Michael was the creator and star of the hit Off-Broadway show “Extraordinary Deceptions” as well as “The Spy Magic Show.”

A graduate of Carnegie Mellon University, Michael has created and produced television programming for TLC, Discovery Channel, History, Travel Channel, and various other networks. He is currently performing in “The Members Only Show®,” an incredible evening of magic and psychic entertainment presented to members of exclusive private clubs, corporations, associations and organizations around the world.  Michael is a third-generation psychic and has astonished his audiences with numerous correct predictions including the winners of the last eight Super Bowls, the top three places in the past twelve Kentucky Derbies (yes… he even got the surprise 2019 win by Country House correct), and his amazing prediction of 15 spins of the roulette wheel at the Cosmopolitan Casino in Las Vegas… which is why he is banned for life. 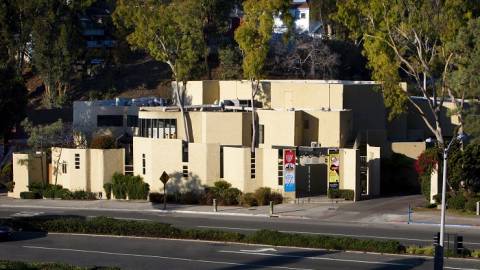