The exhibition, traveling to Laguna from the Crocker Art Museum in Sacramento, is the largest survey of the painter’s work ever assembled and the first in more than thirty years dedicated to this leading figure in California Impressionism. It includes approximately eighty-five signature works drawn from museums and private collections throughout California and other states.

Granville Redmond (1871–1935) produced a body of work that captures California’s diverse topography, vegetation, and color. Representing both northern and southern parts of the state, his paintings range in style from contemplative, “Tonalist” works that evoke a quiet calm, to dramatic and colorful Impressionist scenes. Today Redmond is widely considered one of the leading California artists of his era.

Born in Philadelphia, Redmond contracted scarlet fever as a toddler, which left him permanently deaf. Soon afterwards, his family moved to California. Redmond is today best known for his images of the California landscape ablaze with poppies and other native flora. Silent film star Charlie Chaplin, his friend and supporter, said of these paintings, “There’s such a wonderful joyousness about them all. Look at the gladness in that sky, the riot of color in those flowers. Sometimes I think that the silence in which he lives has developed in him some sense, some great capacity for happiness in which we others are lacking.”

The exhibition is accompanied by a substantial, fully illustrated catalogue written and compiled by Scott A. Shields, the Associate Director and Chief Curator at the Crocker Art Museum. The publication expands upon an unpublished manuscript by the late Mildred Albronda, whose scholarship focused on California artists who were deaf. Shields’s greatly expanded text explores the painter’s approach and provides an unprecedented view into Redmond’s career. The 240-page publication contains the most comprehensive chronology of Redmond’s life and art ever published.

Related programs at Laguna Art Museum will include an online lecture by exhibition curator Scott Shields on July 23, and a screening of The Kid, the 1921 Charlie Chaplin silent film, which includes an appearance by Granville Redmond, on August 20, 2020.

Granville Redmond: The Eloquent Palette was organized by the Crocker Art Museum, Sacramento, CA. The exhibition will be on view at Laguna Art Museum from June 28 through September 20, 2020. 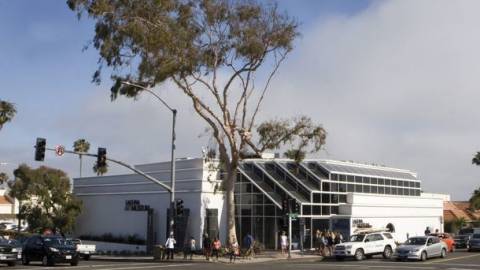